LED illumination in the production hall

Reconstruction and renewal of lighting in the Saint Gobain production hall in Nitra. For the premises, which people know under the old name Nitrasklo, we designed and completely delivered new lighting in LED design. 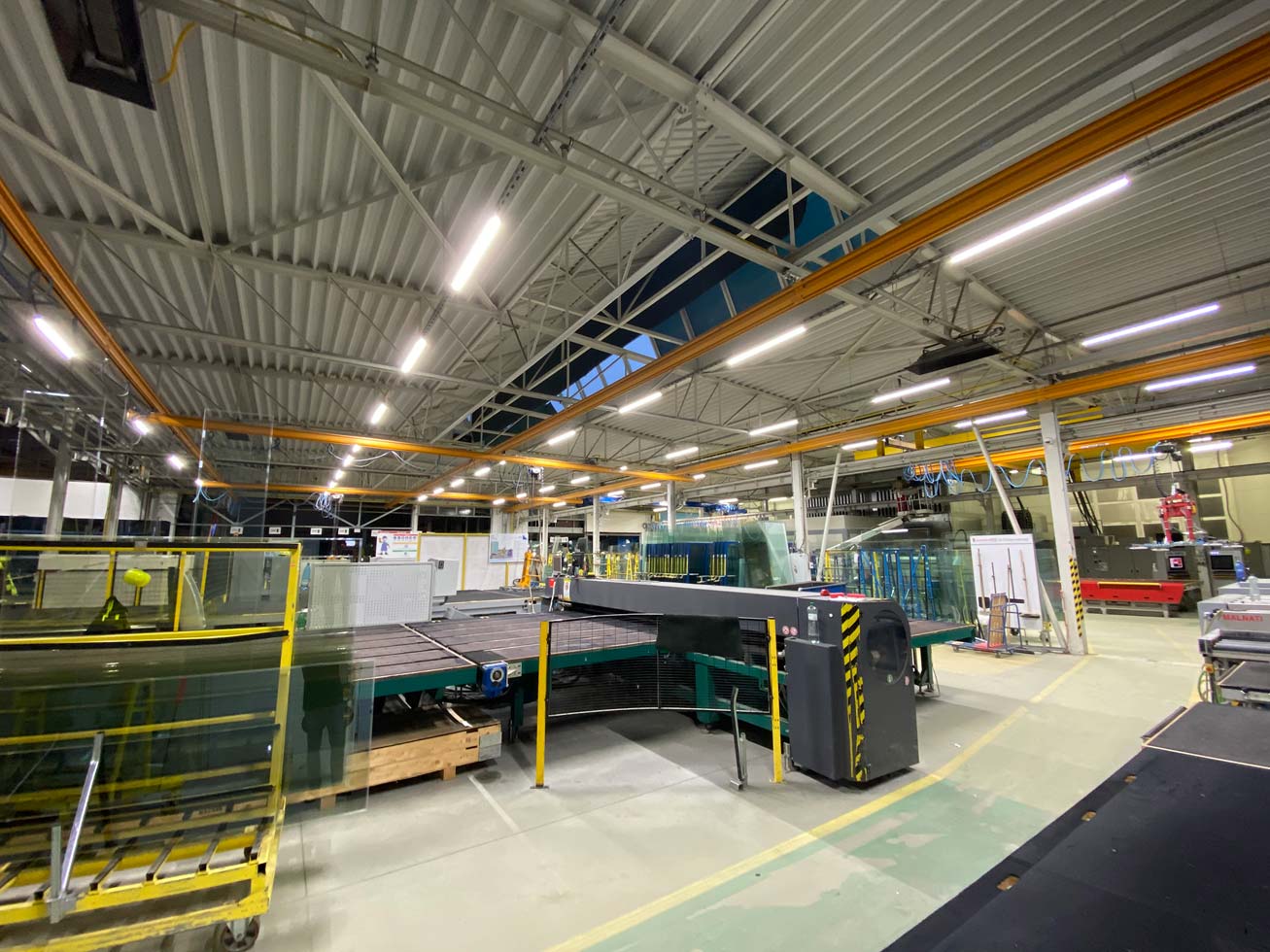 In the project phase, the task was to assess the technical condition and intensity of average lighting in the production premises and the warehouse. As this is a production where there are high requirements for the quality of illumination, we approached the task responsibly so that the design of a new solution meets all the criteria of standards and internal regulations of the group. In the event of a power failure, at least emergency lighting and light pictograms with the marked direction of the emergency exit must be guaranteed in the area.

After considering all the requirements, we chose a linear modular system LED linear as the main source of illumination, which can be equipped with a built-in emergency battery module. In areas where the modular system did not go, we chose separate emergency lights – the so-called anti panic from the Slovak company SEC. The delivery also included pictograms with the indicated direction of the emergency exit.

The character of the premises changes significantly in the production process, to which we have also adapted the optics with the radiation angle. In the lower production areas, we used a wider beam angle – wide and in the high storage areas a narrow angle – narrow. This guarantees the homogeneity of the lighting with efficiency at the same time. In the production parts, the light intensity was set to 600 lx and more, where> 300 lx was sufficient for storage areas. The high CRI colour rendering index in combination with the right intensity and chromaticity temperature guarantees tireless and crystal clear lighting, which was confirmed to us by the employees themselves. 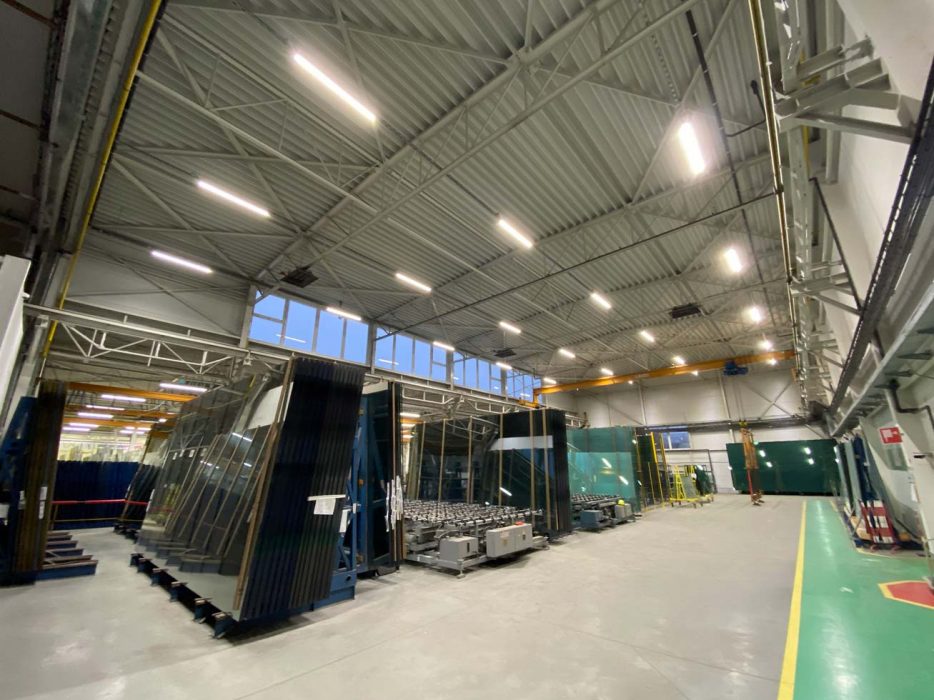 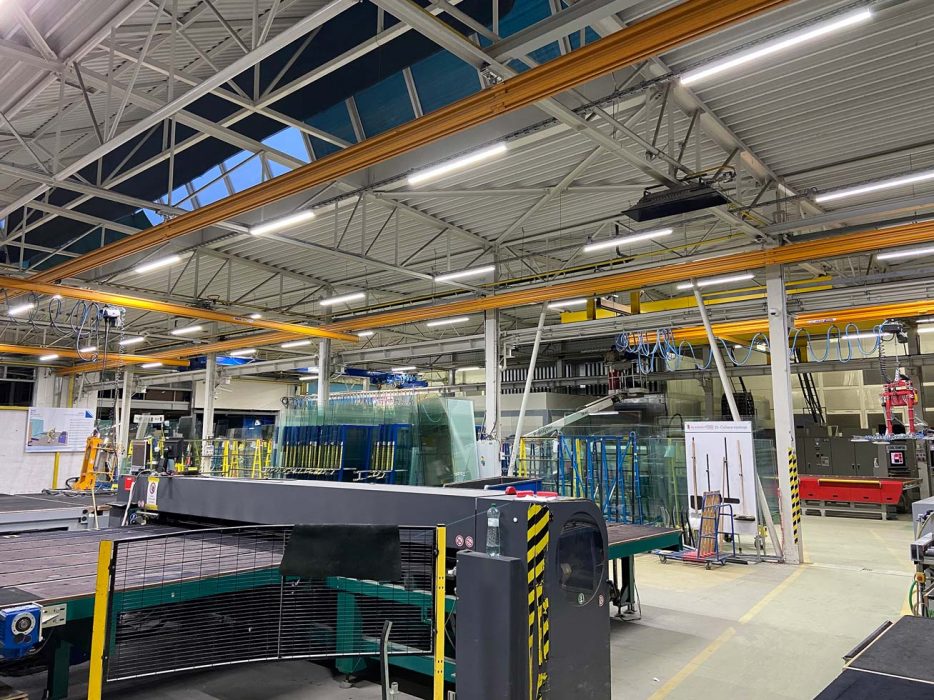 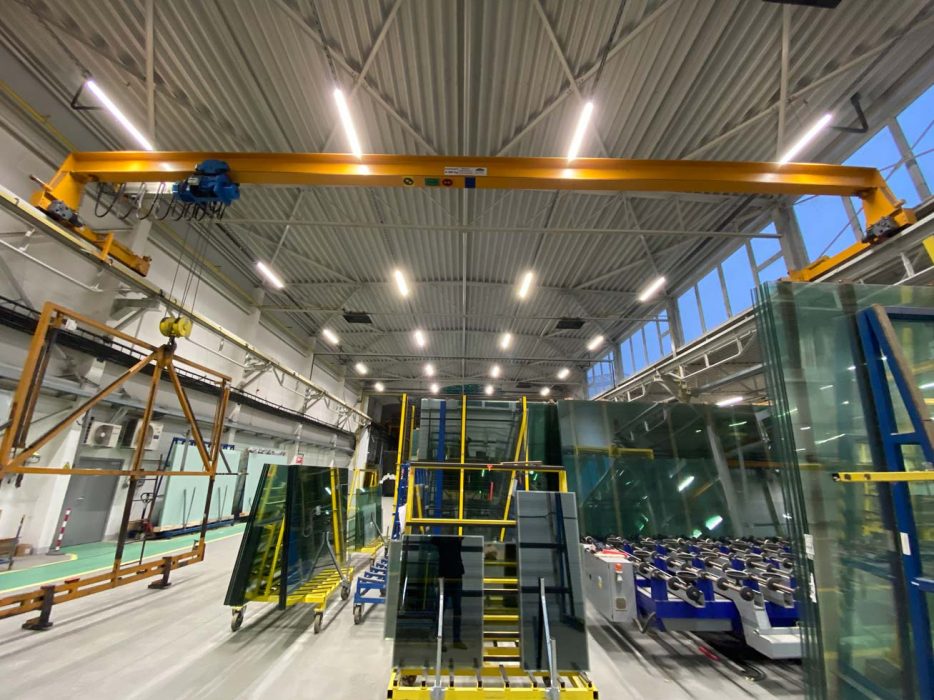 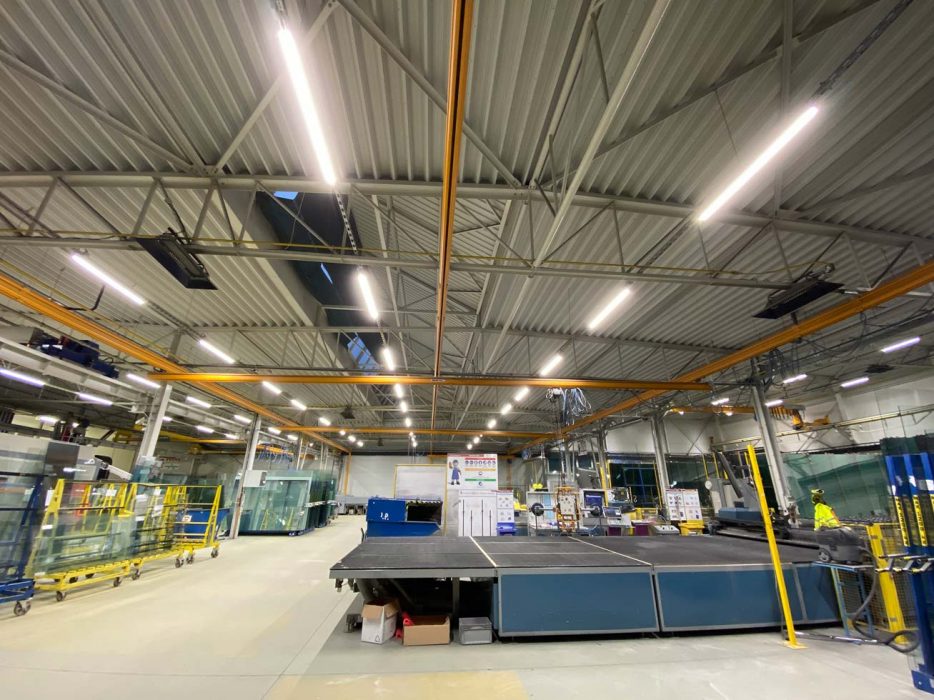 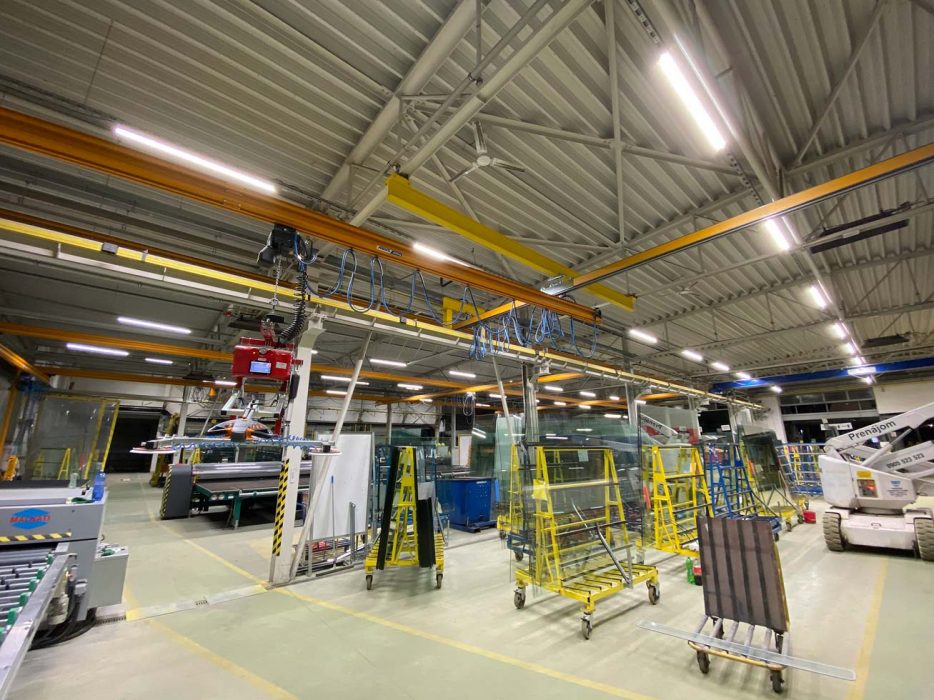 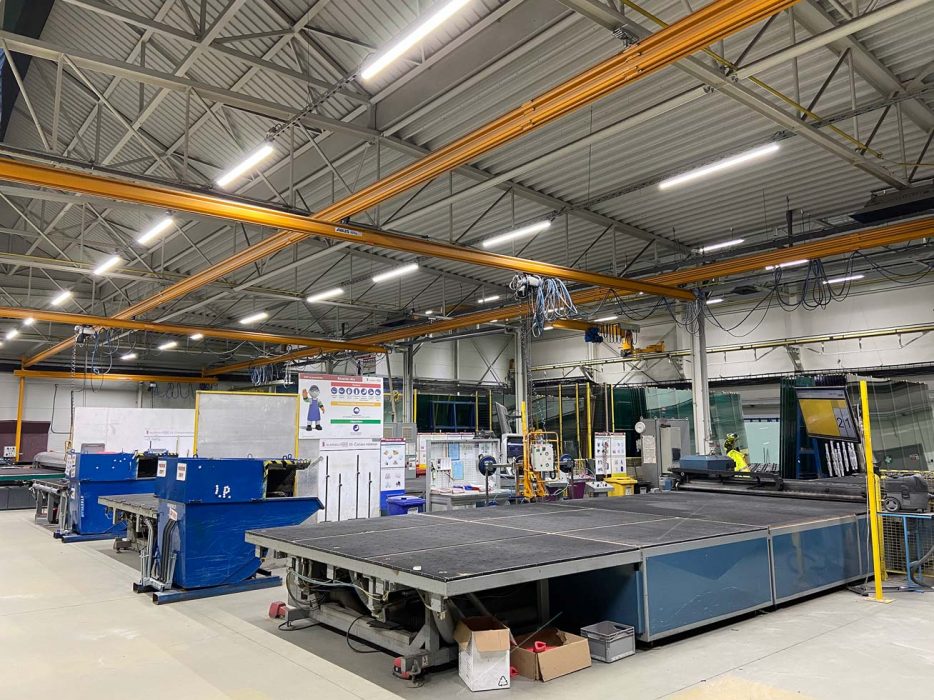 In the second phase, we were dealing with the exterior illumination of the company premises, where they had insufficient and obsolete sodium lamps. As they also use storage capacities outdoors, it was also about securing, i.e. the correct illumination of the space. For the given purpose of outdoor lighting, we chose high-quality Philips LED street lights, which we evenly distributed around the periphery of production facilities. In this way, we also highlighted the company itself during the evening, which attracts the attention of passers-by on the main road. 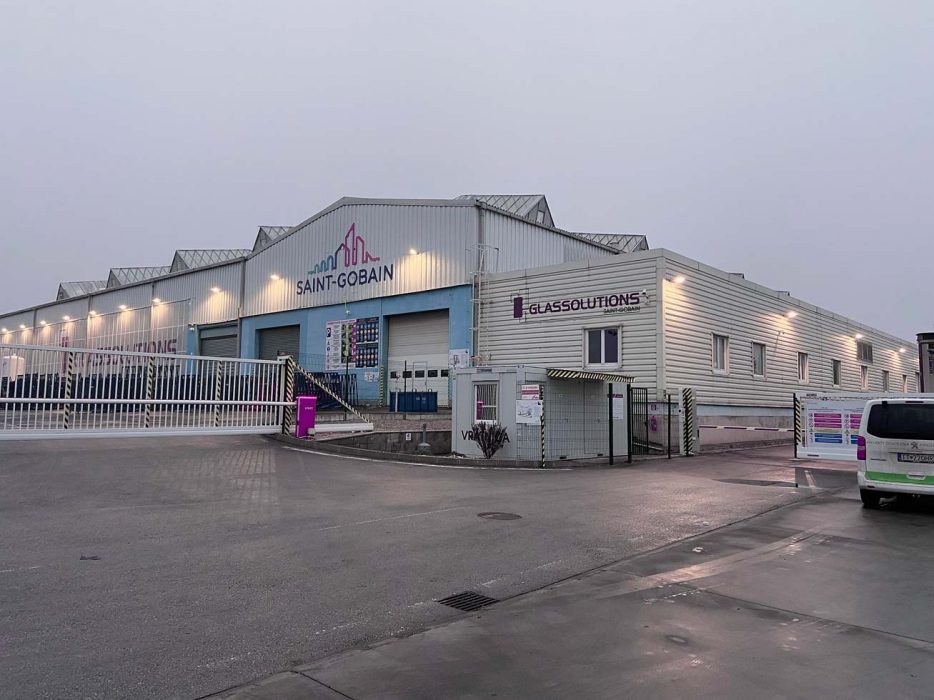 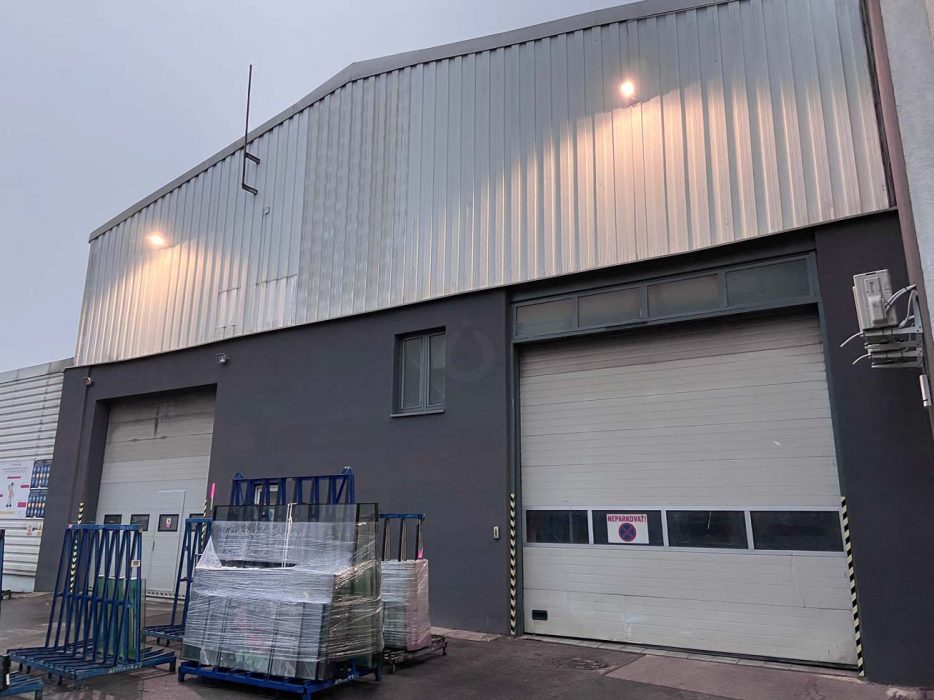 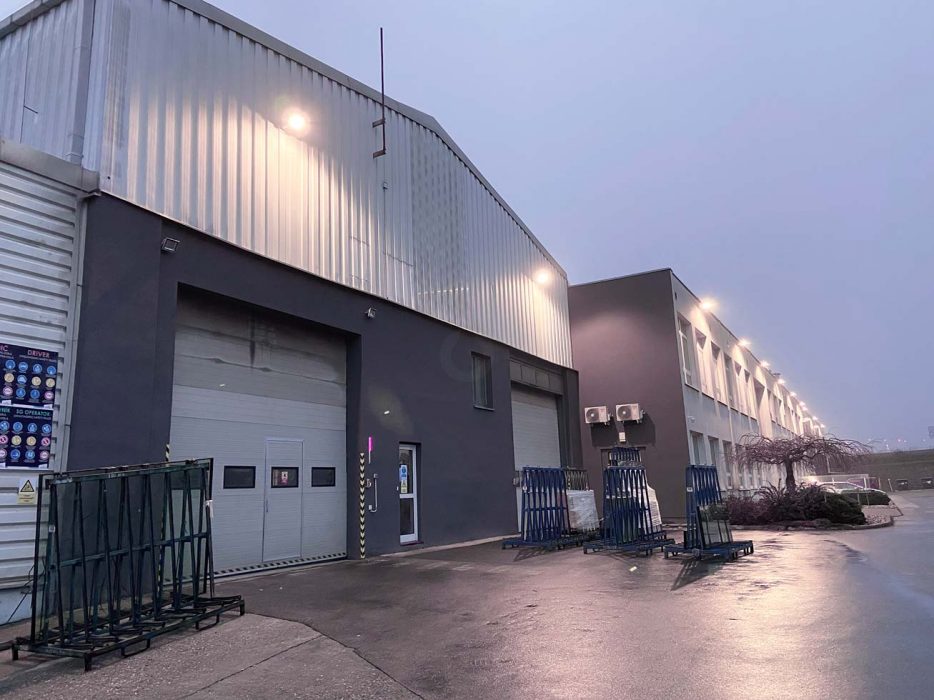 Used in the project